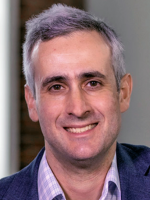 Jesse S. Boehm, PhD
Jesse is the Chair of the Safer Teachers, Safer Students K12 SARS-CoV-2 Testing Collaborative, a grass-roots group of over a hundred parent-scientists, state-house leaders, economists, and public school administrators who have come together in MA across 30 school districts to create a general framework for viral surveillance testing in the public-school setting for the Commonwealth. Boehm is a cancer biologist who received his B.S. in biology from MIT and his Ph.D. from Harvard University, Division of Medical Sciences. 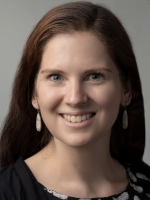 Anne L. Wyllie, PhD
Dr. Wyllie is credited with pushing forward on the use of saliva as a superior sample for creating high quality low cost testing. Her paper on the subject attracted support by the NBA that led to the development of technology that has enabled others to make possible frequent testing keeping kids in school and enabling professional sports to continue competition safely. The use of saliva as an alternative sample type can alleviate many of the bottlenecks encountered in the mass testing strategies required to control continuing outbreaks. 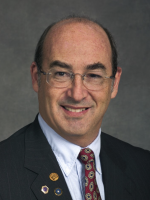 Max Sherman, PhD
Max is a retired Senior Scientist at the Lawrence Berkeley National Laboratory with over 30 years of experience in building physics. He has a Ph.D. in physics from Berkeley and is an international expert in air leakage, HVAC, indoor air quality, infiltration, moisture, energy efficiency, and related topics. He is a well-regarded member of ASHRAE having served on the Board of Directors and many technical positions and is currently a Distinguished Lecturer; he is a recipient of ASHRAE’s Exceptional Service Award and ASHRAE’s highest technical award as a Holladay Distinguished Fellow. He has also been elected a Fellow of the International Society of Indoor Air Quality and Climate (ISIAQ). He represents the United States on International Energy Agency tasks such as the Air Infiltration and Ventilation Center. He serves on national and international committees and editorial boards and does outside consulting. 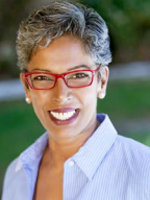 Punam Mathur
Punam serves as the Executive Director of the Elaine P. Wynn & Family Foundation, a private foundation that exists to advance fundamental change, primarily related to equity, civil rights and conservation. She joined NV Energy following 13 years in the gaming industry, most recently serving as an officer and senior vice president, corporate diversity and community affairs, for MGM MIRAGE, now MGM Resorts Int’l (NYSE: MGM). During her tenure, MGM MIRAGE received numerous awards in her areas of responsibility, including being ranked among the “Top 50 Companies for Diversity” by DiversityInc magazine, one of the “Top Corporations in the U.S.” for multicultural businesses by DiversityBusiness.com and as one of the “Most Admired Companies in America” by Fortune magazine. Mathur attended the University of British Columbia in Vancouver, studying elementary and special education, from 1979-1983. 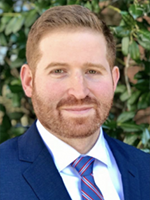 Mark Roth
Mark served as the President and COO of PCLS where he oversaw the operations of one of America’s most robust toxicology labs with annual revenues in excess of $150 million. Mark directed the merger between AIT and PCLS prior to founding his own laboratory consulting firm which merged with Lighthouse in 2019.Mark brings expertise in both the patient care and financial facets of the healthcare industry having earned his MBA from the Wharton School of Business at the University of Pennsylvania after graduating with a B.S. in Biology from the University of North Carolina – Chapel Hill. 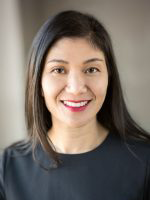 Prem Premsrirut, MD, PhD
Dr. Premsrirut is the Co-Founder and CEO of Mirimus, Inc., a biotechnology company harnessing the power of RNA interference and CRISPR gene editing technologies and investigating their potential therapeutic applications. In response to the COVID-19 pandemic, Dr. Premsrirut led her team in a call to action to reopen our schools and economy by developing a fast, cost-effective and scalable solution to increase the overall capacity of COVID-19 testing using saliva-based pool testing. This SalivaClearTM solution is now used by over 500 schools, community centers, shelters and businesses nationwide to quickly identify infected individuals in groups and interrupt the chains of transmission. Her team was named a winner in the XPRIZE Rapid COVID-19 Testing Competition for their innovative strategy and is now scaling this approach across the country. 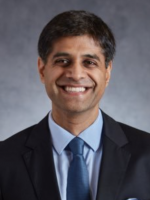 Robby Sikka, MD
As the Vice President of basketball performance and technology for the NBA Minnesota Timberwolves, and a former anesthesiologist, Sikka was tasked with finding a way to combat a pandemic that had shuttered the NBA’s season. After hundreds of hours reviewing peer-reviewed papers and testing data a research paper from Yale positing that saliva is more sensitive than nasal swabs for identifying COVID-19. It was the NBAs support of work done at Yale that led to the SalivaDirect strategy that ultimately has been a cornerstone of a viable testing approach to reopening schools. 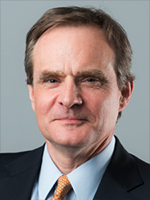 Simon Johnson
Simon is the Ronald A. Kurtz (1954) Professor of Entrepreneurship at the MIT Sloan School of Management, where he is also head of the Global Economics and Management group. He co-founded and currently leads the popular Global Entrepreneurship Lab (GLAB) course – over the past 20 years. MBA students in GLAB have worked on more than 500 projects with start-up companies around the world. Over the past decade, Johnson has published more than 300 high impact pieces in the New York Times, Bloomberg, The Washington Post, The Wall Street Journal, The Atlantic, The New Republic, BusinessWeek, The Huffington Post, The Financial Times, and Project Syndicate. 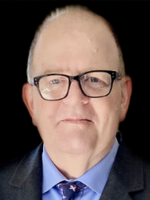 Brian Plew
Brian is the Director, Asymptomatic Testing, Thermo Fisher Scientific.  He has a wealth of experience in supporting global Public Health infectious disease screening and surveillance programs including both the H1N1 and now SARS-CoV2 pandemics.  Brian is a pioneer in the field of Public Health Diagnostics having led the commercial effort, partnered with the US CDC, and the Association of Public Health Laboratories, in 2008 to achieve the first ever 510k for an Influenza diagnostic.  In his current role Back to Life testing is the focus this includes safely operating schools, collages, and universities.  Brian has a background in environmental testing and standards development with the Department of Homeland Security focused on pathogen detection.  One of his career aspirations is to drive the creation of a global disease agnostic Public Health surveillance network. 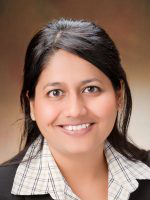 Avni Santani, PhD
Dr. Santani joins Veritas Genetics with over 16 years of experience in the diagnostics and healthcare industry sectors. Prior to joining Veritas, Dr. Santani was most recently the Director of Clinical Laboratories at the Center for Applied Genomics at The Children’s Hospital of Philadelphia and an Associate Professor of Pathology at the University of Pennsylvania.    At Veritas, Dr. Santani is responsible for the strategy, direction, and execution of the company’s clinical development plans and medical affairs. Under Dr. Santani’s leadership, the multi-disciplinary programs at Veritas include SARS CoV-2 diagnostic testing, pooled testing for schools, antibody testing,  consumer genomics and diagnostic genetic testing programs.Her work in the area of clinical genomics led to her receiving the Innovator of the Year Award (2015) by the Philadelphia Business Journal and Outstanding Contributions to the Prevention of Birth Defects Award by the National China Gene Bank. She is actively involved with several national and international organizations including the College of American Pathologists, the Association for Molecular Pathology, and the Clinical Laboratory Standards Institute, among others. Dr. Santani holds a Master’s degree in Medical Molecular Genetics from the University of Aberdeen and a PhD in Genetics from the Texas A&M University. She holds specialty board certifications in Clinical Molecular Genetics and Clinical Cytogenetics from The Children’s Hospital of Philadelphia. 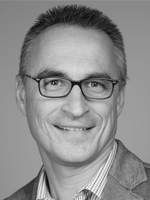 Gabor Bethlendy
Gabor has 20 years of business expertise in the area of genomics and diagnostics spanning some of the best companies in the field including Agilent Technologies and Roche Diagnostics. As founder and Chief Commercial Officer of Parabase Genomics he built the company from the ground up creating the first commercial play in the field of Neonatal Precision Medicine. 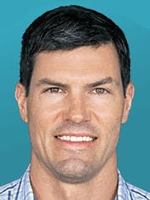 Kirk O'Donnell, MD
Kirk is a board-certified Family Practice Physician. He studied at the Saint Louis University School of Medicine and completed his residency at the Mayo Clinic (Rochester, Minnesota). He served as a Flight Surgeon for the U.S. Air Force at MacDill Air Force Base for 4 years. He is a medical entrepreneur, interested in bringing high-quality care and treatments to previously under-served populations, and is currently serving as Meenta's Chief Medical Officer, where he is responsible for providing patient follow up as well as medical and regulatory oversight for all testing services. 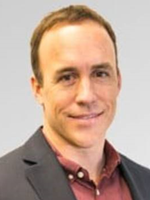 Sean McCardy
Sean McCrady leads the Assets and Sustainability, Real Estate and Properties group at UL, responsible for healthy buildings. Over his 20+ year career in the industry, Sean has provided expertise, technical development and training, project oversight, research and development, and client support. Sean’s in-depth understanding of the needs and concerns of business owners, building owners and managers has driven cost-effective solutions to indoor environmental issues and sustainability initiatives. 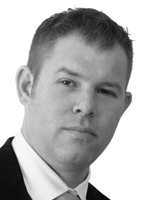 Jeff Wagner
Jeff Wagner has crafted a career where his passion for education and architecture are intrinsically linked. Introduced to the power of the built environment at an early age, he has striven to embody the architect as master builder. Attacking the challenge with an admirable restlessness, Jeff set out to acquire a vast array of skills required to be a good architect, a never-ending task he embraces to this day. Humbled by the opportunity to serve the same school district that had laid the foundation for his own success, Jeff embraced the daunting task of building a team to manage one of the largest K-12 building programs in the nation. Though out his career Jeff has sought out challenges and opportunities to push the envelope, contribute to his community, and impact those around him in a positive manner. Unwavering in his commitment to meaningful architecture and more importantly quality educational opportunities, Jeff will continue to foster dialogue and action aimed at increasing the greater good. 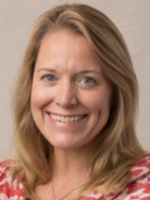 Mary Anne Schmitt
Current principal at a unique consulting and logistics firm driving the development and implementation of innovative strategies to combat the Coronavirus, particularly in K-12, higher education, and dynamic work environments. C-19 Safety First is helping to get youth back to school and adults back to work, safely. The mission of C-19 Safety First is to drive more equitable access to education, dynamic work opportunities, and positive health and life outcomes.

Former Chief Executive Officer of Say Yes to Education, the national nonprofit that partners with communities around the goal of all public school students not only graduating high school — but doing so prepared to succeed in earning a college degree or other postsecondary credential, and with the wherewithal to afford that education. Served as chief architect for a powerful public-private partnership model that continues to drive effective collaboration across government and sector leading to positive outcomes at scale aligned with a powerful public-private financial model for sustainability. 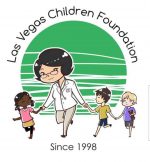 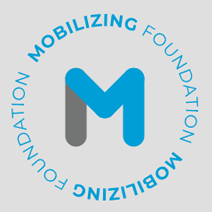 © 2021 The Mobilizing Foundation. All rights reserved.